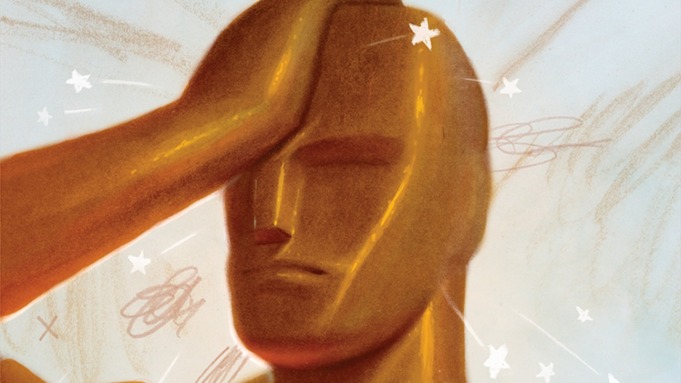 Brutally Honest Oscar Ballot #4: ‘Moonlight’ “Everything I Think An Oscar Picture Should Be,” ‘La La Land’ “A Piece of Shit”

An anonymous member of the executives branch shares Oscar picks.

BY ANONYMOUS, AS TOLD TO SCOTT FEINBERGPlus Icon

Each year around this time, I sit down with several Oscar voters who, under the warm cloak of anonymity, spill their true feelings about the current season’s crop of contenders. Not just what or whom they voted for, but exactly why and how they came to those decisions.

It’s not a scientific survey; it’s just the candid, unsugarcoated opinions of a handful of members (out of 6,687) of the most important and powerful movie club in the world.

I did not see Hacksaw Ridge because I heard it was very bloody and, living in the era of Trump, I felt like there’s enough violence in the world. I also didn’t see Hidden Figures, on the advice of someone in my family who told me it did not seem strong enough to be an Oscar contender.

As for the seven I did see: I did not like La La Land — I thought it was imitative and I did not think the leads could sing or dance. I am of an age where I saw [1953’s The] Band Wagon and [1952’s] Singin’ in the Rain, so how could I give this one an award that they never got? Yes, the music is good, but the fact that it got 14 nominations makes me wonder about my colleagues’ opinions. I really felt it was a piece of shit.

I didn’t understand Arrival — what was going on it or why they made it. I liked Hell or High Water a lot — Jeff Bridges is wonderful. I thought the screenplay of Manchester by the Sea was better than its execution — it was just too long and gloomy. I admired Fences a lot for telling an important story about being black in America and not succeeding in the way that you hoped to. I thought Lion was extraordinary. It tells a beautiful story, and it’s unfortunately the story of the world we’re living in, where no one seems to be able to be with their own family — they either flee or are deported.

My choice was Moonlight, which is everything I think an Oscar picture should be: good script, good story, good performances and about something meaningful. It’s not quite The Best Years of Our Lives, but it shows what it’s like to live in a world where we seem to be disconnected from our families. Here, a child gets saved from — is she [the character played by Naomie Harris] his mother or his sister? — and gets a [surrogate] father that he didn’t have. I loved it.

Again, I did not see Hacksaw Ridge. I can’t support Arrival [director Denis Villeneuve] because the story confused me and that’s ultimately his responsibility. Similarly, since I didn’t like La La Land, I can’t support Damien Chazelle — I just don’t think he knows how to make a musical. Manchester by the Sea was well directed, but I read the screenplay after I saw the film and I thought that he had not realized his screenplay’s potential. I liked everything about Moonlight and I think Barry Jenkins deserves most of the credit for that.

I did not see Hacksaw Ridge, so I could not vote for Andrew Garfield. And I did not see Captain Fantastic, so I couldn’t vote for Viggo Mortensen. [La La Land‘s] Ryan Gosling can neither sing nor dance. Casey [Affleck] gave a very good performance in Manchester by the Sea, but I did not like the film well enough — it was just a bit dull. Denzel [Washington] was just perfect as a black man angry at the world that he has not been able to beat.

I don’t like La La Land so I couldn’t vote for Emma Stone. I loved [Loving‘s] Ruth Negga — I just bought her as the character. [Jackie‘s] Natalie Portman really reminded me of Jackie Kennedy, who is someone I really admired — she got it. Meryl [Streep, of Florence Foster Jenkins] can play any part well. But I voted for [Elle‘s] Isabelle Huppert because it is a performance of a brilliant actress in a situation where we, as women, all wonder how we would behave.

Michael Shannon is the bad guy in Nocturnal Animals? No, he’s the cop. Let me just say that Nocturnal Animals was a very impressive film, visually, and very frightening for me — the attack on that family felt like something that could happen to me, and I can’t stop thinking about the dead body lying on the red couch [Manchester by the Sea‘s] Lucas Hedges gave a wonderful performance. I loved Jeff Bridges in Hell or High Water — I’ve admired him forever. [Lion‘s] Dev Patel was fantastic and a close second. But I voted for Mahershala [Ali, of Moonlight] because he plays that part — a drug dealer who cares enough to save a child — and is at the heart of the movie I love.

I did not see Hidden Figures, but between the other four this was a very tough choice. [Manchester by the Sea‘s] Michelle Williams was very good, but not enough to vote for. Nicole Kidman gave a wonderful performance [in Lion] but was a very small part of that story. I loved Fences and Viola Davis is brilliant. But I voted for [Moonlight‘s] Naomie Harris, who was an important part of the movie I thought was best.

I didn’t understand what was happening in Arrival, so the screenplay has to be faulted for that. Lion was a darling story. Fences was close — those are some wonderful words they get to deliver, and the fact that they shot it like it was a play did not bother me. But Moonlight is more fully realized.

It wasn’t close for me. Manchester by the Sea is a wonderful screenplay — I read the screenplay after seeing the movie and I appreciated it even more.

My vote
Manchester by the Sea

I saw Kubo [and the Two Strings] and don’t really remember it. I loved the music in Moana. I think The Red Turtle is very strong. I loved everything about My Life As a Zucchini — I was very taken with the idea of making a movie about a zucchini. But I voted for Zootopia because it has something important to say about the world. Basically, we all have to be nicer to each other.

I did not see 13th or Life, Animated. I liked O.J. — didn’t I watch that on television? [It quickly is established that the version the voter saw on television was the FX limited series The People vs. O.J. Simpson: American Crime Story.] I am embarrassed to say I thought it was the one I saw on television. I liked Fire at Sea because it highlights a subject that we have to pay attention to. Oscar-nominated documentaries should be about things we ought to pay attention to [the plight of refugees] — I’m terrified that next year we’ll have a documentary about transgender bathrooms, which is not something I think we should be paying attention to compared to other things. It’s a joke. I voted for I Am Not Your Negro — I once met James Baldwin and I think everyone should know more about him.

My vote
I Am Not Your Negro

I liked Land of Mine. I liked Tanna less. I admired The Salesman and I understand the temptation to do a protest vote, but we shouldn’t let this so-called president rule our decision-making process [a reference to Donald Trump, whose attempt at a Muslim ban prompted the film’s director Asghar Farhadi to boycott the Oscars ceremony], plus the director just won [five years ago for A Separation] and I feel like someone else deserves a chance. Even though I really admired A Man Called Ove, the film I liked the most was Toni Erdmann. It tells a story that has universal relevance and could be an American film. [It is being remade with Jack Nicholson.]

I did not see Fantastic Beasts [and Where to Find Them]. I saw La La Land and you know how I feel about that. The costumes in Allied didn’t especially impress me. I admired the clothes in Jackie, but it seemed to be imitative rather than original. I loved the costumes for Florence Foster Jenkins.

I’ve said that I think Moonlight was the best film of the year, and I think the editing was pretty central to that.

I voted for A Man Called Ove. Unfortunately, it’s the only one of the three that I saw — I’m sure Star Trek [Beyond] and Suicide Squad are wonderful — but I thought it was very imaginative.

My vote
A Man Called Ove

I was very tempted to vote for Moonlight here, too. But Jackie‘s music really captured her moment perfectly.

The music was the best thing in La La Land [“Audition” and “City of Stars”], but still not great enough to deserve an Oscar. I didn’t see Jim: The James Foley Story [“The Empty Chair”] and I didn’t see Trolls, although I like the title of “Can’t Stop the Feeling!” and I like Justin Timberlake. I voted for Lin-Manuel Miranda [“How Far I’ll Go” from Moana] because I loved Hamilton and I think he is a great original talent.

I did not see Fantastic Beasts [and Where to Find Them], Hail, Caesar! or Passengers, and I wouldn’t vote for Arrival or La La Land.

Unfortunately, I cannot tell the difference between sound editing and sound mixing, so I always vote for the picture that I think is the best picture of the year, since sound went into making it that. Unfortunately, this year, Moonlight is not an option in either category. For sound editing, I saw Arrival, Deepwater Horizon, La La Land and Sully, and I did not see Hacksaw Ridge. For mixing, I saw Arrival and La La Land, but none of the others [Hacksaw Ridge, Rogue One: A Star Wars Story and 13 Hours: The Secret Soldiers of Benghazi]. I just decided not to vote.

My vote for both
[Abstain]

The only one that really stood out in my memory from when I watched them until when I voted was Piper, which I loved. It was sweet, that little tiny bird. Family stories always get me.

I thought they were all well made. I suspect Joe’s Violin will win because it’s a story with a happy ending, but I voted for 4.1 Miles because the captain of the Greek boat is who I think all of us would like to be: someone whose behavior has to do only with his humanity. He’s not a policeman, he’s not a coast guard captain, he’s just a guy who does the right thing.

I voted for Ennemis Interieurs because it was — even though I hate to use this word — important. It seems a forerunner to what we’re going to have here [in the United States] under our new president. 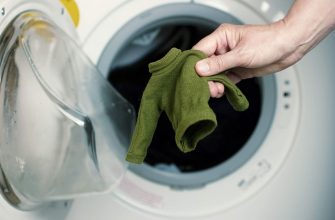 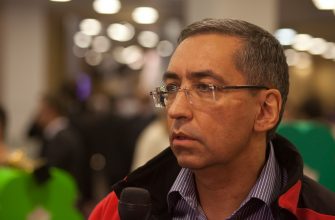 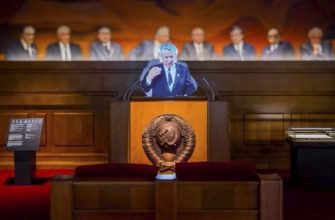 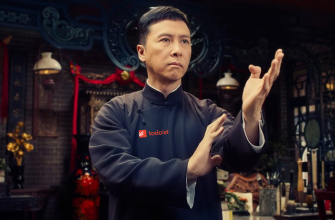